A novella in the Project Enterprise series 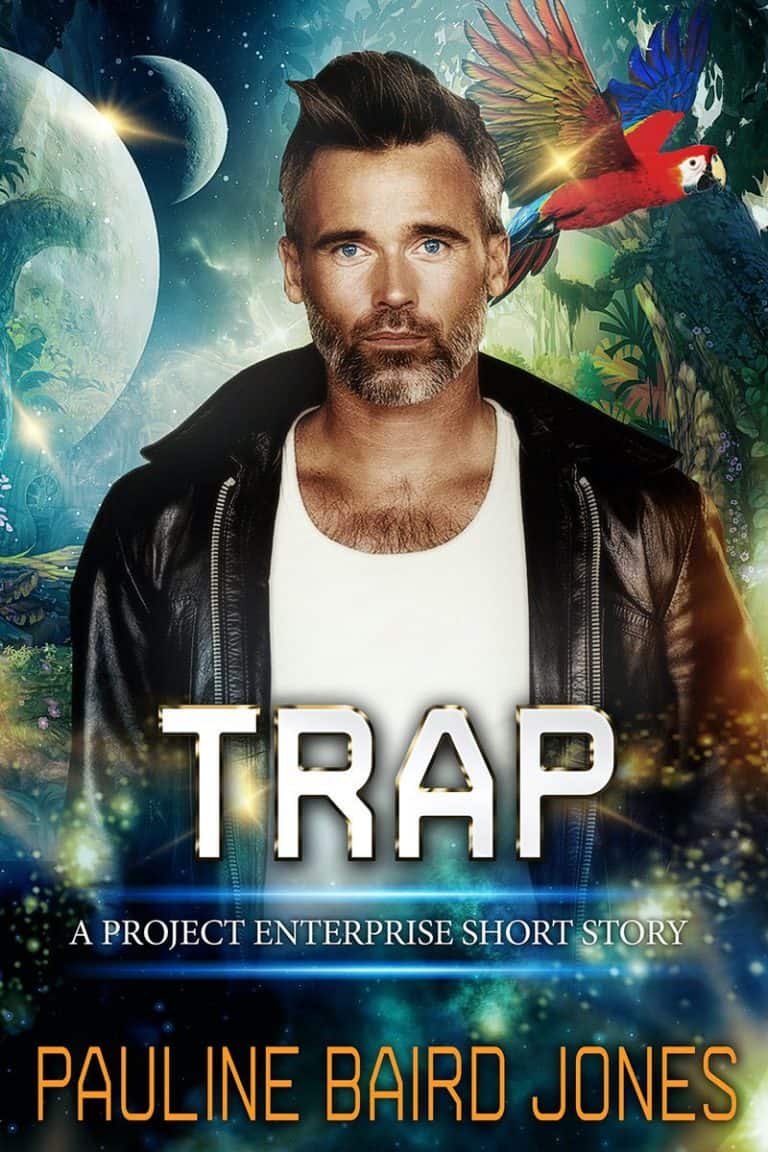 Hiding in time is not as easy as you’d think…

Madison lives by the rules of a time travel rebel – never tell anyone your real name, not if you want to remain alive. On the track of a traitor, Madison and her parrot partner, Sir Rupert, time travel into a trap. Their only way out sends them back in time and into the arms of a man that ignites a fire inside her.

USAF Engineer Sergeant Major Briggs is in trouble – not the kind he’d like to be, but still in trouble. He is bored out of his mind! Ordered to recuperate on a quiet bay away from the Garradian outpost, he’s ready to mutiny and go back to his beloved engines. When his friends send him a gift from Area 51, he figures it will relieve his boredom for an hour or so – until he turns it on and he gets his second present of the day.

Madison would love to get to know Briggs better, but it is just too dangerous. Unfortunately, she might not have much choice. With a Time Service Interdiction Force on their heels, can the three craft a plan that will save a base full of geniuses and technology and discover a happy-ever-after forged through time?

NOTE: Time Trap as originally published in Pets in Space 2 is now included in the author’s anthology, The Real Dragon Collection.

Get The Real Dragon Collection Now