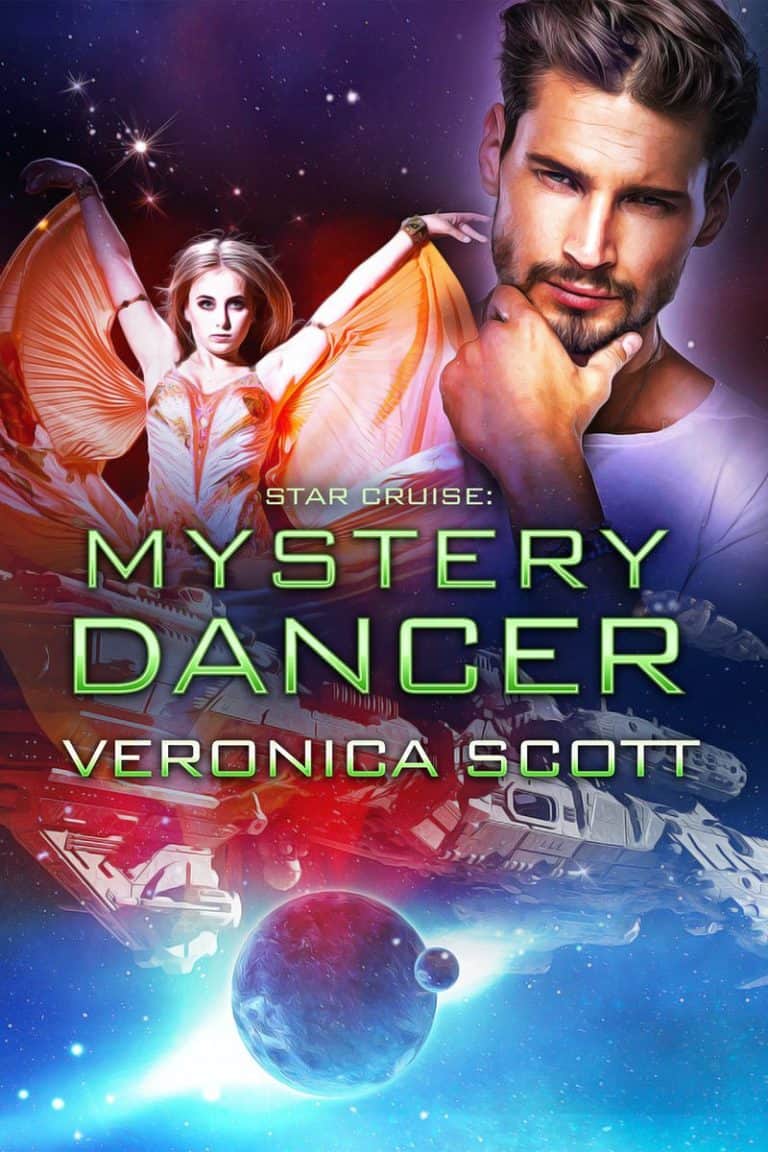 Tassia Megg is a woman on the run after the death of her elderly guardian. Her search to get off the planet in a hurry comes when chance directs her to an open dance audition for the luxury cruise liner Nebula Zephyr’s resident troupe. If there is one thing Tassia can do, it is dance!

Security Officer Liam Austin is suspicious of the newest performer to join the Comettes. She shows all the signs of being a woman on the run and seems to fit the Sectors-wide broadcast description of a missing thief, accused of stealing priceless artifacts. As he gets to know Tassia during the cruise, he starts to wonder if she’s something more – a long vanished princess in hiding from deadly political enemies of her family perhaps? And what’s the story with the three-eyed feline companion other crew members swear Tassia brought aboard the ship? Does the animal even exist?

As the ship approaches its next port of call, all the issues come to a boil and Liam must decide if he’ll step in to help Tassia or betray her. Life is about to get very interesting aboard the Nebula Zephyr as Liam tries to uncover the truth. Could F’rrh, the peculiar alien cat he has been hearing about, be the key to the mystery and Tassia’s fate?