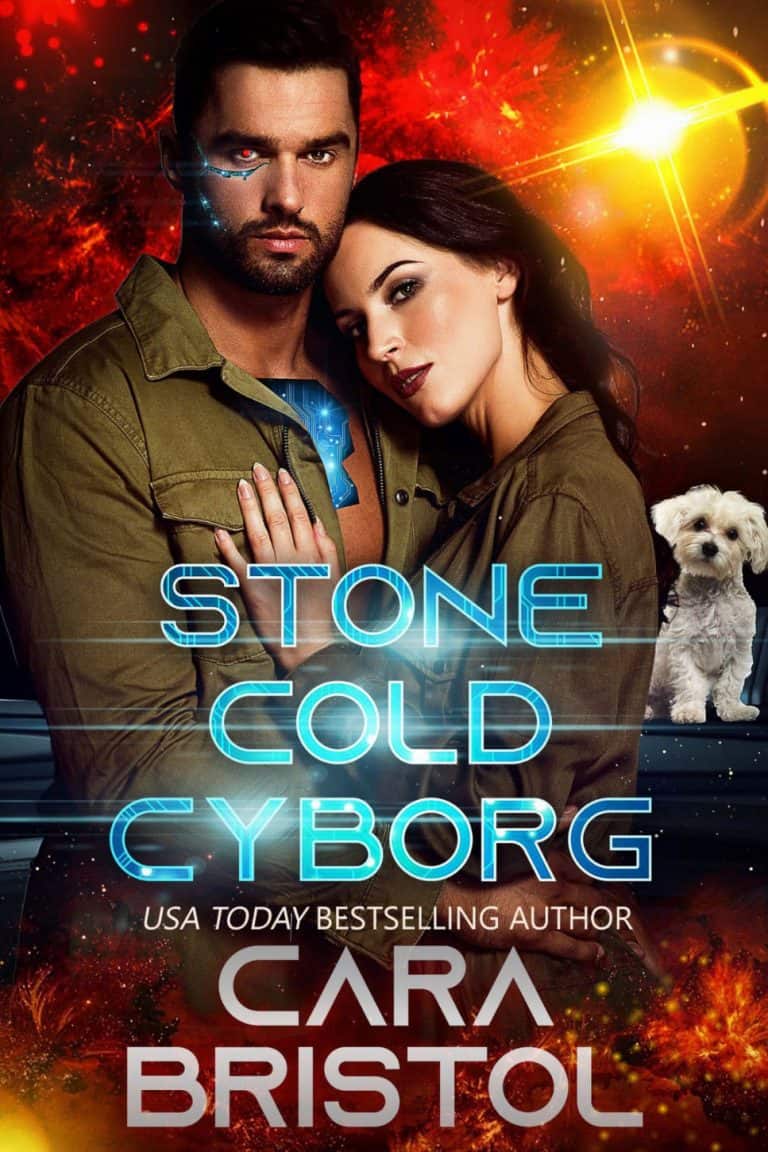 Dante Stone is an emotionless cyborg who commands a military space fighter. His ship picks up an SOS call from a settlement on the outer edge of Alliance territory, but by the time he can get there, most of the colonists have been massacred. He rescues the traumatized survivors, including archivist Miranda Lowell and her robot dog. His orders are to deliver the colonists to a space station where they can receive the medical and psychological help they need.

However, Miranda awakens Dante’s emotions in ways he never thought possible, and he begins to hope for a different kind of future. But before he can act, the colonists begin mysteriously vanishing from the ship, and he soon realizes Miranda’s robotic dog may hold the clues to saving her, the passengers, and the crew.