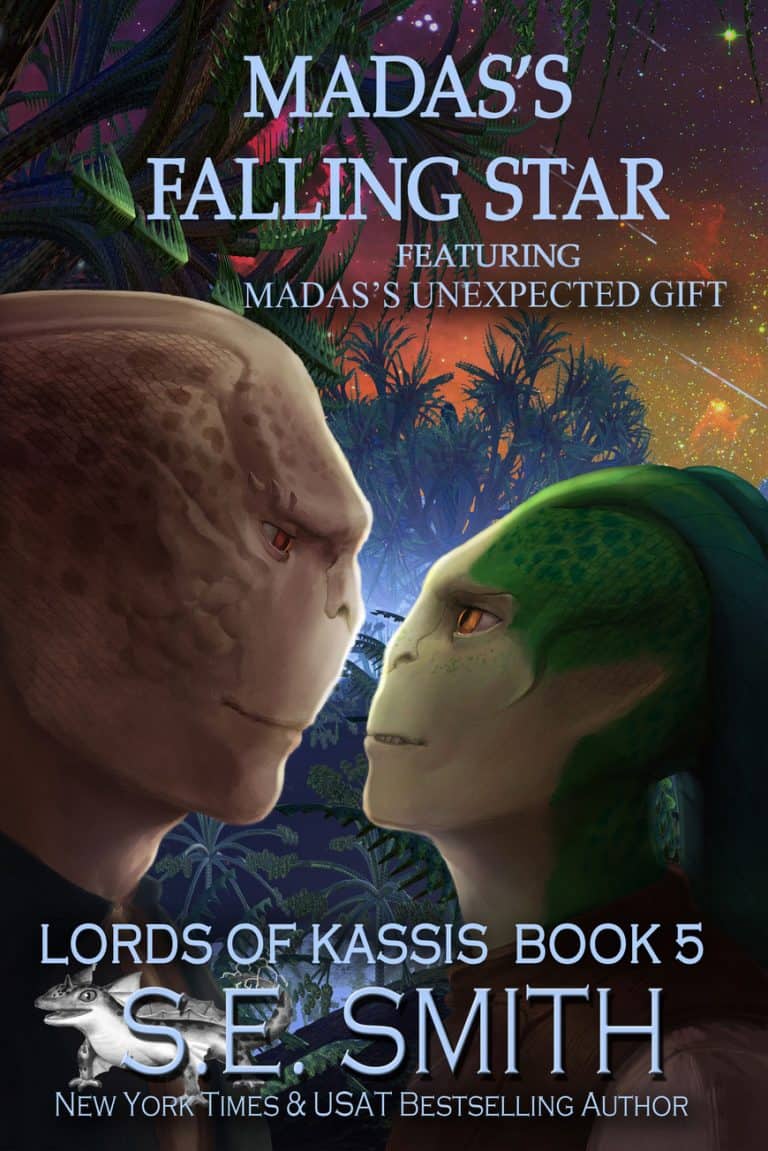 Prince Gril Tal Mod is destined to be the next Supreme Leader of the Tearnats—if he survives long enough to ascend to the throne.

Gril was supposed to be on a routine training exercise, but his flight goes horribly wrong when engine trouble forces him to land his fighter in a remote mountainous region. Once stranded on the ground, Gril discovers the malfunction was no accident—and he isn’t alone. He can sense someone watching him from the shadows.

Princess Madas Tralang’s curiosity always seems to get her into trouble. When Madas spies an unusual object streaking across the sky before crashing near her location, she believes it is a good omen. After all, she found her pet, L’eon, the last time an object fell from the sky.

Her hopes of finding something valuable are dashed when instead she sees a big, and rather ugly, Tearnat warrior. Though there is something about him…something magnetic, it’s his spaceship that she really wants. It is just what she has been searching for—a means to escape the dreary life expected of her!

The giant warrior pilot of the spaceship isn’t going to give it up easily, however, and Madas soon finds herself locked in a battle of wits and skill with the strange warrior, but they are not the only players on the field. Danger surrounds Madas and Gril—both from Madas’s clan and from the saboteur who is determined to see Gril dead. Can the Prince of the Tearnats and a small, but deadly alien pet, defeat their foes and save Madas before time runs out, or will Gril’s growing love for a curious Princess doom them both?

NOTE: This story is now bundled with Madas’s Unexpected Gift.