The Department of Homeworld Security Series 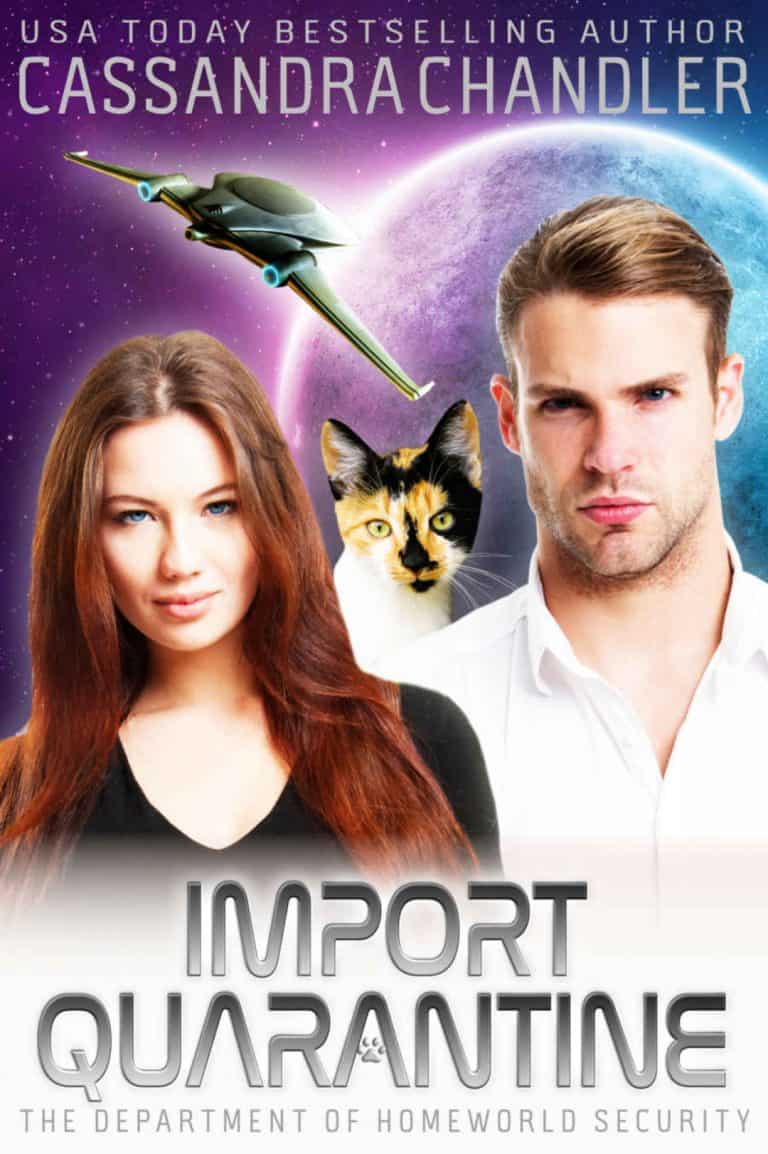 It was supposed to be a simple house call for a sick cat, so how’d she end up on a spaceship?

Caitlin has made some pretty weird house calls in her work as a veterinarian outside the small desert town where she lives and works. Feral burros, mischievous coyotes, dogs getting a little too close to cacti… they all seem mundane compared to the tall, gorgeous guy who shows up on her doorstep in the middle of the night, begging her to help his cat. Everything was going along fine until he started talking about aliens.

To help restore the emotions stolen from him by the Coalition of Planets, Marq was supposed to care for Meredith—the Earth cat that his brother smuggled aboard his ship. Now, Meredith has developed some kind of strange affliction that he fears will endanger her life. He’ll do anything to assist his pet, even make unauthorized contact with an Earthling. The trouble is, he isn’t sure how to handle the rising desire in him when he meets the vet called Caitlin.

To get Caitlin’s assistance, he must first convince her to trust him—though with the soldiers on his ship still loyal to the Coalition, he’s not sure who he can trust. Meredith’s illness is not the only threat they will face. Can Marq save his cat and keep Caitlin safe while trying to control his unruly emotions?