Heart of the Spider’s Web 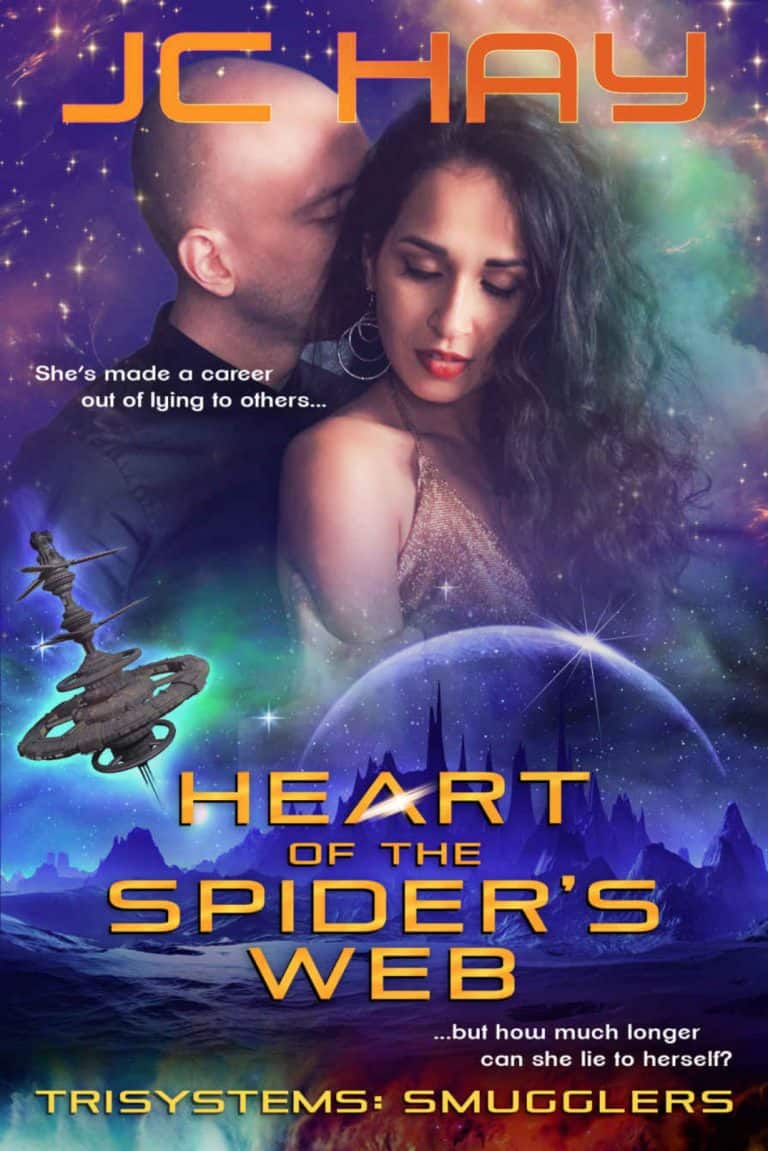 Sheri Tyler had a simple undercover assignment: work the docks at Nobu Station, monitor the illegal trade, and report everything back to Intelligence Command. Now a botched robbery has forced her to hide among a crew of smugglers and put her on the run from the Spider Queen, one of the TriSystem’s most dangerous crime lords. Worse, it’s left her working alongside a brooding security officer who reminds her of everything she shouldn’t desire.

Rayan Barr only wants three things: keeping his ship secure, his friends safe, and his pet goanna well-fed.  None of those include overseeing a dockrat whose stories don’t add up, and who has a mad idea to sell their illegal cargo in one of the largest black markets in the Three Systems. Now his captain has demanded he keep a close watch on her, something his eyes are already all too eager to do.

Forced to rely on each other, Rayan and Sheri get pulled deeper into the Spider Queen’s web of deceit. And while Sherri might let Barr get a glimpse of the real her she’d kept hidden away, she also knows it’s only a matter of time before the lies she hides behind come crashing down. Without that protection, there’s no telling how badly they’ll both get hurt.

Get Heart of the Spider’s Web Now