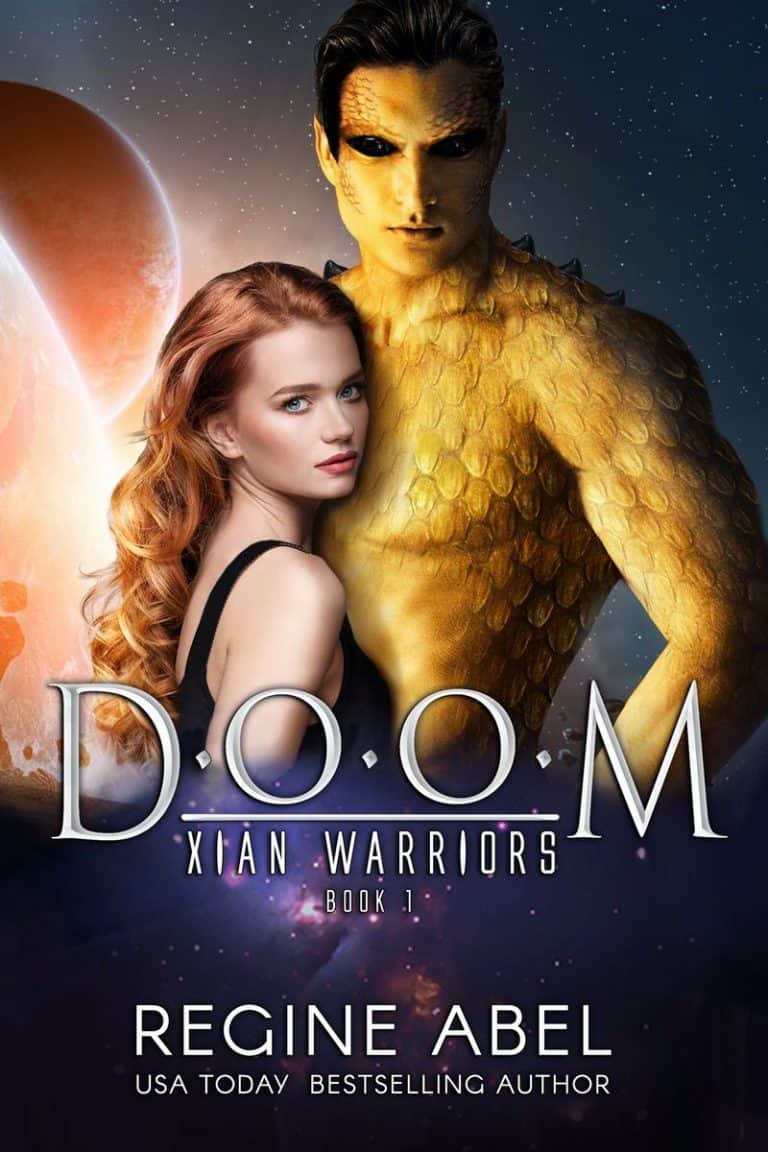 The Battle for Earth has begun.

Victoria’s dreams of a cozy life as a small town doctor come crashing down when the monstrous Kryptids make first contact. The alien invaders have only one goal: to turn Earth into a breeding ground. As she fights to protect her patients in their makeshift hospital, an even more fearsome alien and his beast enter the fray. She should be terrified of the male ominously named Doom. But she’s mesmerized.

As a genetically engineered war machine, Doom lives for a single purpose: eradicating the Kryptids. Coming to Earth with his brothers to save the humans should be a straightforward matter. But years of bloody battles throughout the galaxy have not prepared him for the fiery Victoria. Enchanted by the courage of that wisp of a woman, Doom offers her his protection and that of his fearless war beast, Stran, as she attempts to rescue other wounded humans. After disaster strikes their homeworld, the Xian Warriors now also face extinction.

Will the Kryptids finally defeat their only real threat, or will the delicate human that has stolen both of Doom’s hearts also be the Warriors’ seed of hope?